Scroll down further for the OTB Instructions 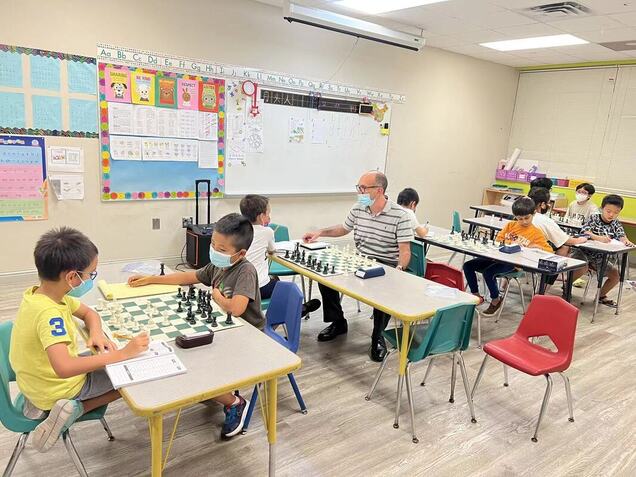 Players whose registration is mot up to date by the tournament start time will need to pay a $20 fee (Charged by USChess) to the Tournament Director, which will cover a temporary 2 month registration and will avoid not be able to rate the tournament.

Quads Tournament Format: Also known as Round Robin, players are placed into group of 4 players based on their USCF Rating. As stated above there are 3 rounds in the tournament with each player playing against each other once. Each player is guaranteed to play as white or black at least once.  If there is an uneven amount of players, then the bottom section will turn into a Swiss paired 3 round section of 5 to 7 players.

Due to the tournament occurring weekly, we will use current USCF ratings (rating as of most recent tournament ) rather than Supplemental Ratings.​ "playing Up" to higher sections will not be allowed.

Chess sets will be provided, but players should bring their own chess clocks​.

Pre-registration: All players are encouraged to pre-register on the RCC website at www.rebeccachess.com/OTB. Fees for pre-registering are Current RCC kids: $5 (special rate for promotion, then $10) and non-RCC players: $10.

Capacity: Rebecca Chess Club Quads will be limited to 30 Players. Preference will be given to players that pre-registered if the capacity is reached.

Prizes:  Gold medal or trophy for first place in each section. We will have a medal/prize ceremony immediately after the completion of the last round of each section.

Eligibility: Rebecca Chess Club Quads are open to chess players of any age. Quads are great for beginner and advanced players because you will play players within narrow rating sections. Also, in the quads sections, once both games are complete, the pairings are known ahead of time, so you can continue immediately, which speeds up the tournament length in most cases.

Goal: Even though there are prizes involved, our goal is to provide an opportunity for chess players to play against similar level players in a safe, fun, and quiet environment.
Notation: All players are encouraged to notate their games. Please bring scoresheets to write down your moves. Exceptions to this rule may be approved by the Tournament Director on a case by case basis. Score books will be available for purchase.
​
Results: Once the tournament is completed, the cross table of results will be submitted to USCF. RCC will also keep an internal record of the results on the RCC website.
Questions: For any questions about the chess format please e-mail Tournament Director Doug Goldberg at rcc@rebeccachess.com.
Entry List
FAQ:
1) We are not in the Houston Area, Where can I find OTB tournament?
Please try the website below:
http://wheretoplaychess.info/
https://new.uschess.org/upcoming-tournaments
https://onlineregistration.cc/index.php
https://www.kingregistration.com/tournaments

2) I don't understand the OTB abbreviations.
​Please visit this website for details:
http://www.chesstour.com/getmost.html

The texts below are from "http://www.chesstour.com/getmost.html". We don't have any copyright or legal liability to the content.